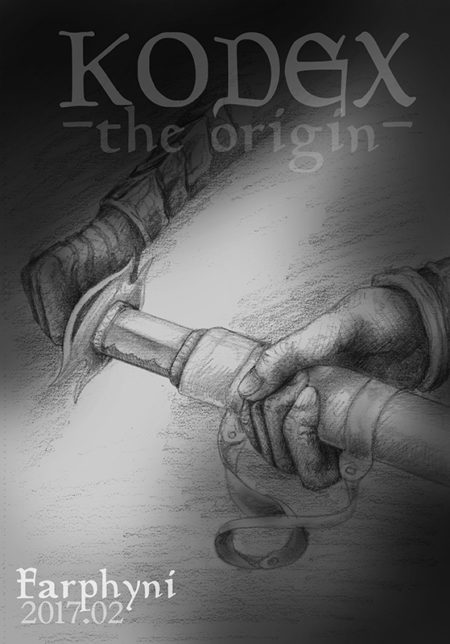 Risen from NOUS, it all started with just a simple sketch, a few minutes, to find the origin of something new, something significant.

Actually it was planned as a series, similar to NOUS, but this time beginning with the “large end-work”. But it turned out that the “large end-work” already contains the series. (you’ll see that on my next post with the finished large work)
The main-idea was easily found and quickly sketched a month ago. Due to exam time at university I had to delay further work for my own projects and focus on learning for the exams. But last week I finally found the time to look at the main-sketch again and work on the concept for the large work – around that time I realised that the large work will contain the sketch series. 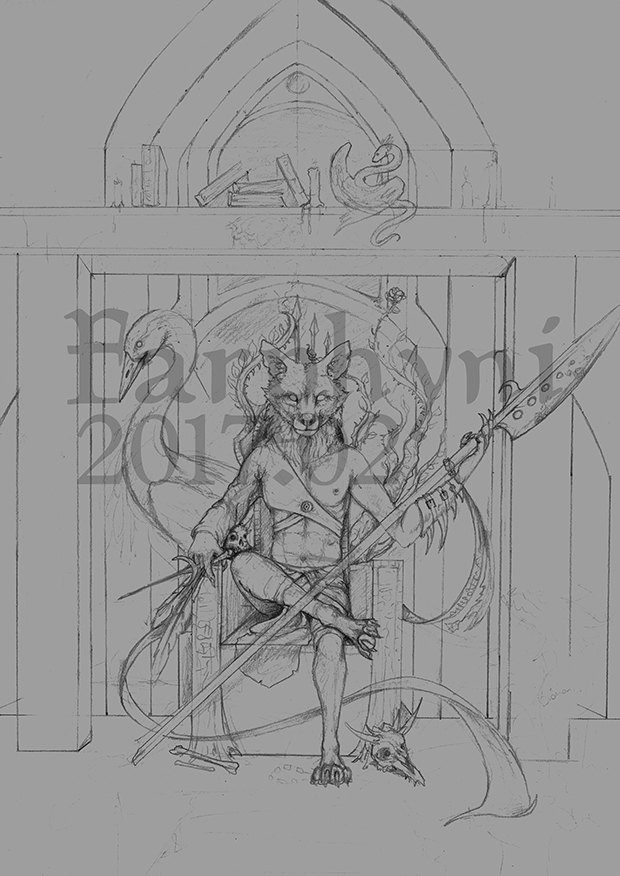 It was soon clear to me that the sketch series will have nine parts, one for each KODEX-Paragraph. As I love latin, they all received a latin title, that symbolizes the meaning of each paragraph for me.
While the Mainsketch can be seen in a more “universal” way, the sketch-series is focused on me and my reality. And I’m not going to explain the paragraphs, because they are my personal KODEX – but feel free to interpret them, if you want. 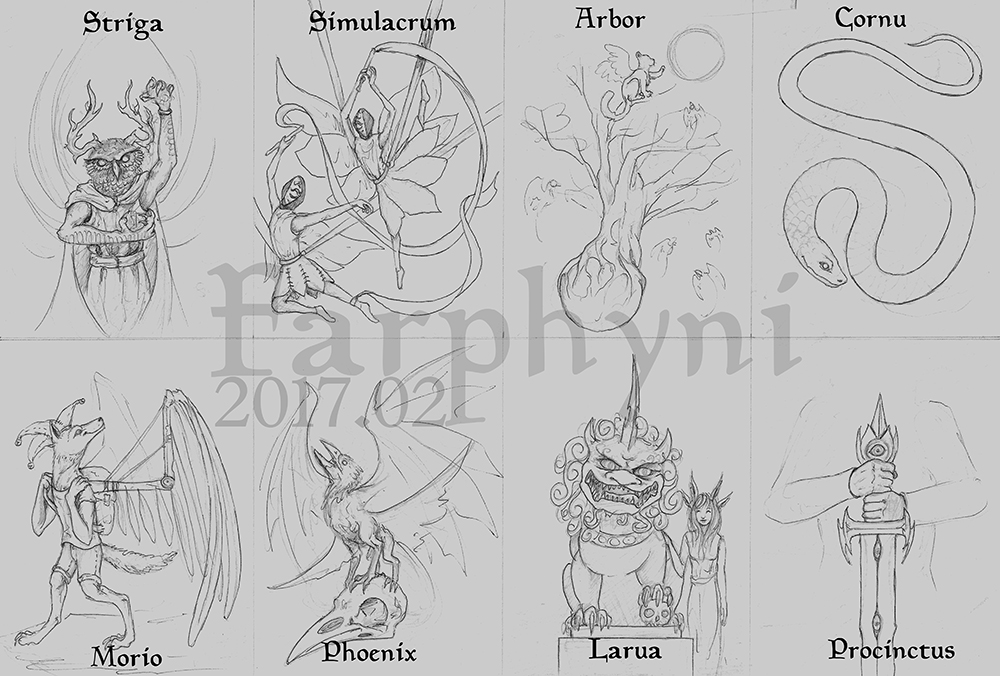