The Origin of Nos

The Origin of Nos: The Way of the Northern Sphinx

It turned out, exactly like I quoted at sankofa (in my Hoard of Beasts Series), that we must -sometimes- go back and retrace our steps in order to understand how we came to be who we are today and to -in the end- understand and continue our way.
Do you dare to follow me when I trace the footsteps of Nos? Then let’s follow … The Way of the Northern Sphinx! 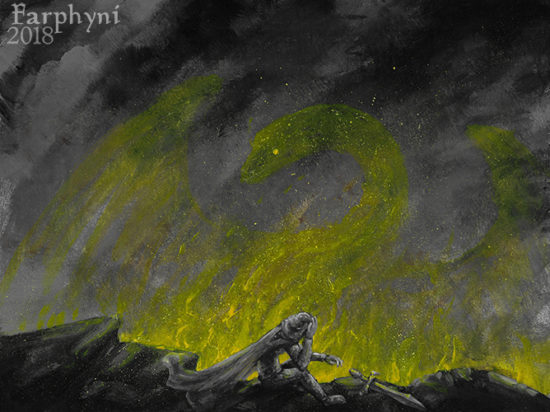 For an instant she dared to shake off the chains that tied her to ashes and shadows.
But the iron had eaten into her flesh and so she sank again, hopeless, into her miserable self,
while the golden flames reflected a rejected truth.

But then, from within, she heard a soft, mild voice. I want you to remember who you are.
Beyond cracks and bruises, underneath shell and shields.
Lay down the sword und stand up. You can break the chains with your will only.

And the golden fire burned her to ashes.
~*~

Arising reborn, she had a desire to leave the past behind her – accept it and move on.
This desire, truly, was as familiar as the whispers of the wind,
as the excitement in the face of the horizon.
It was guided by the howl of the ghost hound
and the voice from within which shined brightly in her mind.
~*~ 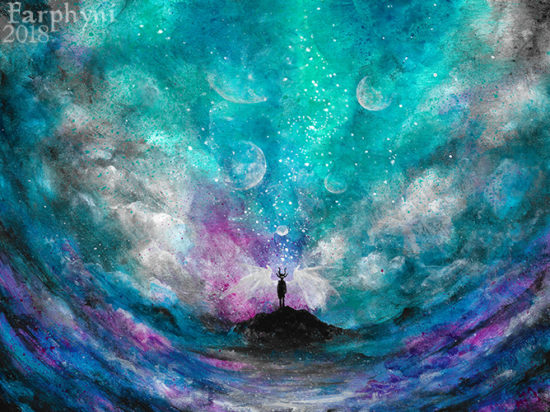 The envoy from within granted her wings to touch the sky she longed for for decades.
The clouds drifted apart, revealed the highest sky and her way.
She had a dream and it remained in her heart and soul forever.
It enlightened her and cleared her mind inmidst Chaos and Order.
~*~ 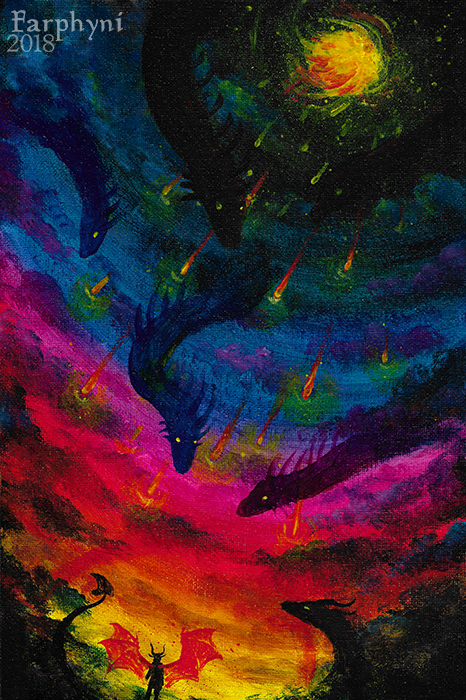 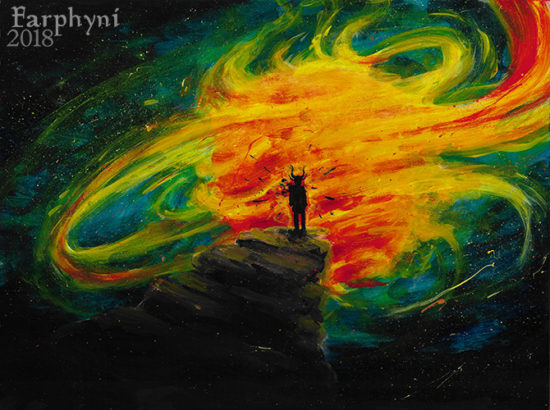 And when she was singing in silence, extending reality,
she came closer to what she was searching for.
It wasn’t darkness what she found in the depths, but a convulsing flow of liquid fire.
Sparks ignited, causing an inferno, hypnotizing and swallowing her, bursting her mental walls,
carrying her away into the deepest place within, into the inferno itself.
An insight.
~*~ 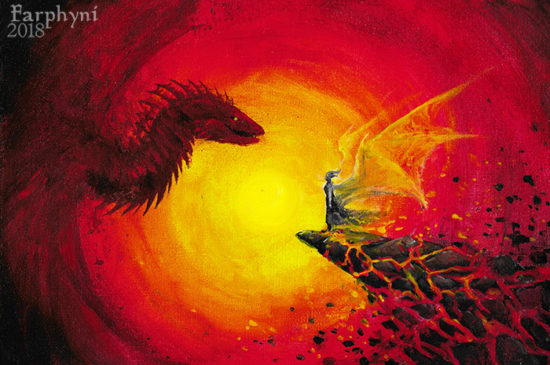 There was something – or rather someone – waiting for her.
The revelation burst in upon her.
Face to face with void and everything.
Face to face with the ever-changing embodiment of her might,
of her desire, her essence and her soul.
She found the ghost within her shell.
And in the darkness under the wings of the dragon layed the origin of her greatest gift,
turning weakness into power, former hostile demon into ally,
awarding her with the strength to move on.
~*~ 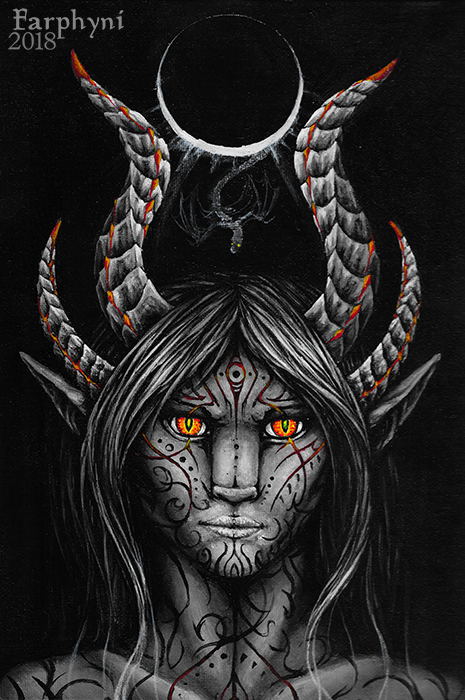 And that’s how Nos came to be who she is today: the representative of my “Refuge of the Mind”-Art. She, the Northern Sphinx wears the mask of the Alter Egos/Inner Demons, as a tribute, a sign of acceptance, guarding the light and shadows inside.

It wasn’t easy to summarize something that could fill several books into one short kind-of comic. Especially as I had to leave out tons of details while focusing on the golden thread.
But, in the end, I’m very happy about it – because otherwise I wouldn’t have published this very personal journey. This very symbolic story is the only possibility of writing publicly about it without revealing every personal details that I’d like to keep for myself.
But I still feel like that it is rather hard to understand, therefore, here are a few words of explanation:

Nos (latin for “we”) represents my former search for myself, for who I am and how I came to be who I am today. She walked with me from the very beginning. She is the total sum of my experiences and my development in this life. She sums up the past to be the present and takes steps towards the future.
Therefore, she represents my Refuge of the Mind Art and its meaning.

But, beside the Northern Sphinx, there are also representatives for my two other art motives: the ethereal Leviathan (Athar) and the hundred-headed Hydra (Chaia). (All three of them can be seen in the artwork about their circle Ékfrasi)
The ethereal Leviathan represents the Otherworld-Art while the hundred-headed Hydra embodies the Disparates.
All of them are figures within my art, symbolic creatures, that carry my thoughts, give them a shape. They are my Envoys/Messengers.

Nos is specially connected to Chaia. Chaia represents the mind monsters, she is their queen, their summary. She questions humanity in ones being, seeing herself as monster. She represents the human mind, the dark depths filled with monsters in it, the door to the subconsciousness – while the mind monsters represent questions we ask (ourself) and thoughts that demand attention and where a suppression leads to escalation.
Nos forces to take care of the mind monsters and Chaia, Nos is ‘taming’ the Hydra, she maintains my humanity while being half-beast herself.
Chaia is the representative of the Disparates, she reveals the hidden, in search for answers for the unanswered questions, questioning everything with a morbid brutality and without mercy or regard.
Nos and Chaia face the darkest shadows without fear, beating anxiety with logic and courage. They crush dogmas, regimes, patterns of thoughts and behaviour.

Athar, on the other side, is the brightness and flow of Panta Rhei. She longs for freedom of mind, longs for the distant horizon and dreams about the beyond. She represents the Otherworld-Art in all its depth.