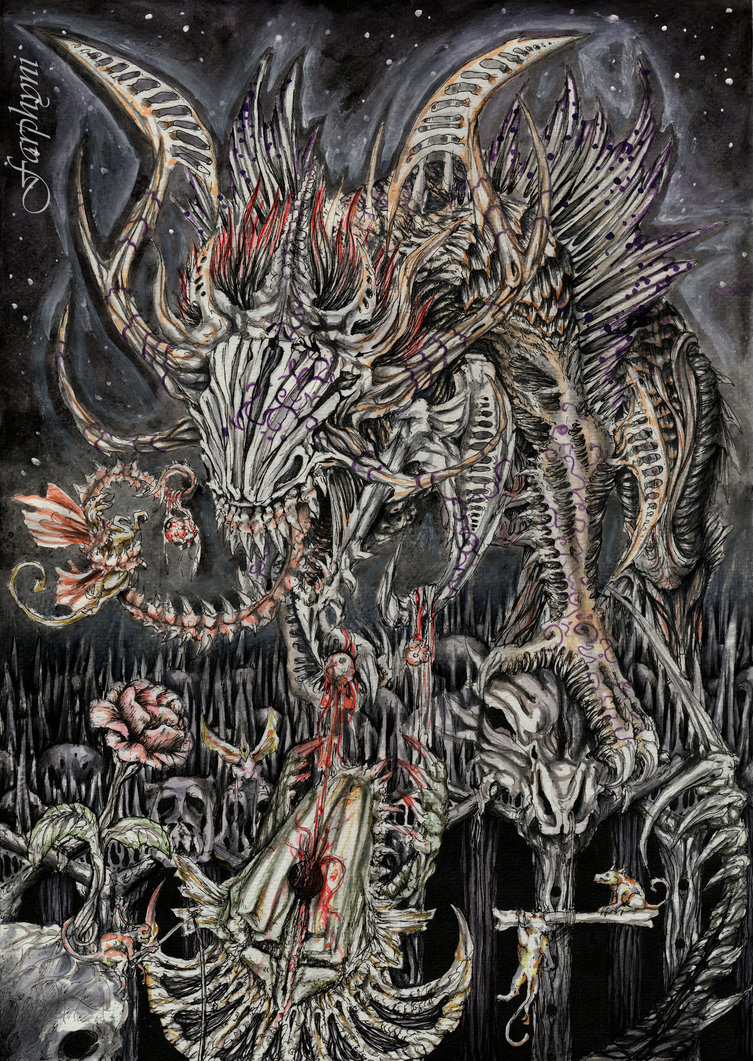 Iphynos population believe that souls go to the spirit world after death. And those who do the most horrible things will be punished there: they believe that there are the so-called “Xith”, who grab those evil souls and bring them to a place called “Xyr” – Xyr is actually a black hole where the evil souls are thrown in. The Xith wander around this hole, taking care that the souls can’t escape the darkness and through that they can’t reincarnate anymore.
The Alpha Xith is Nervi. He’s quite evil himself – with nice words he lures the captured to the surface and out of the whole, because then he is allowed to attack them. He always steals their eyes, as he doesn’t have one himself (but he desperately want to be able to see). Soon he started collecting those eyes and hunting those creatures back into Xyr afterwards.
The Xyr are accompanied by the little Tioo, which also do shenanigans.