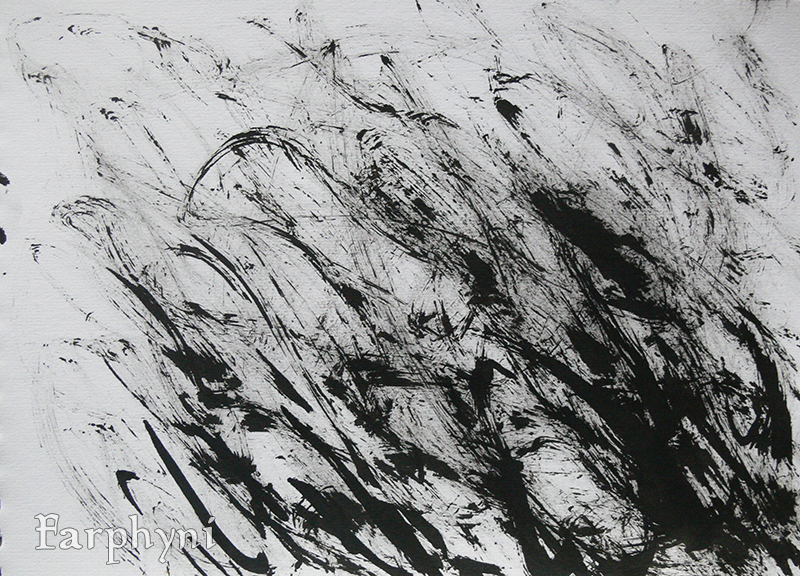 Phase 2: “lurking beneath the surface” (20 minutes)
Next, I looked at the abtract painting some days after creating it and I started to see creatures in it. So I took a ballpoint pen and started to kinda “accentuate” some of them. 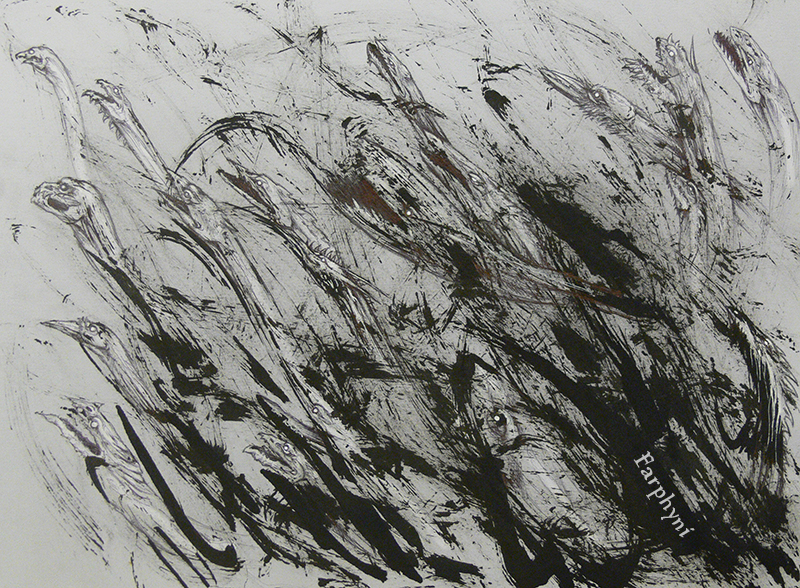 Phase 3: “exploding” (10 minutes)
Then I scanned it and added colours with Photoshop. 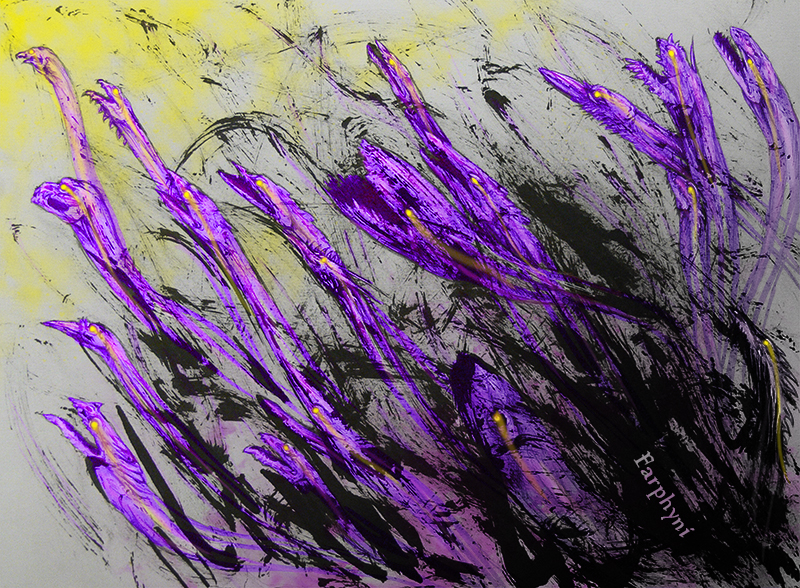 I’ve drawn eleven of those abstract ink-paitings. In the next days and weeks I’ll show monsters hiding in there.
I’m not going to give those works own, individual titles – I let them speak for themselves instead.