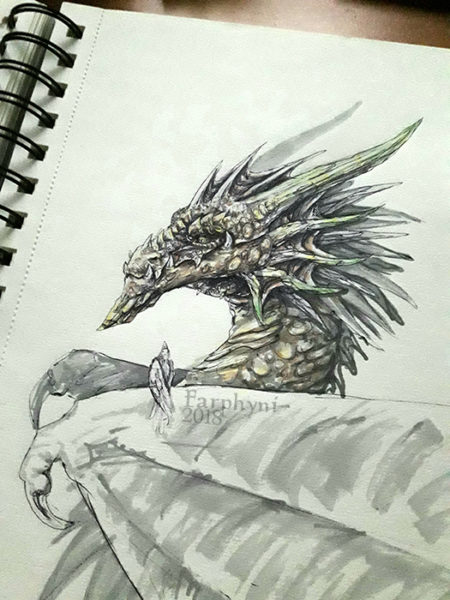 (A5-sketch with copics and ballpoint pen)

“There are things known and there are thing unknown.
And in between are the doors and windows of perception.“

Finally, after being focused on narrative words the past two years, drawn Otherworld-art has returned. (More about that here)