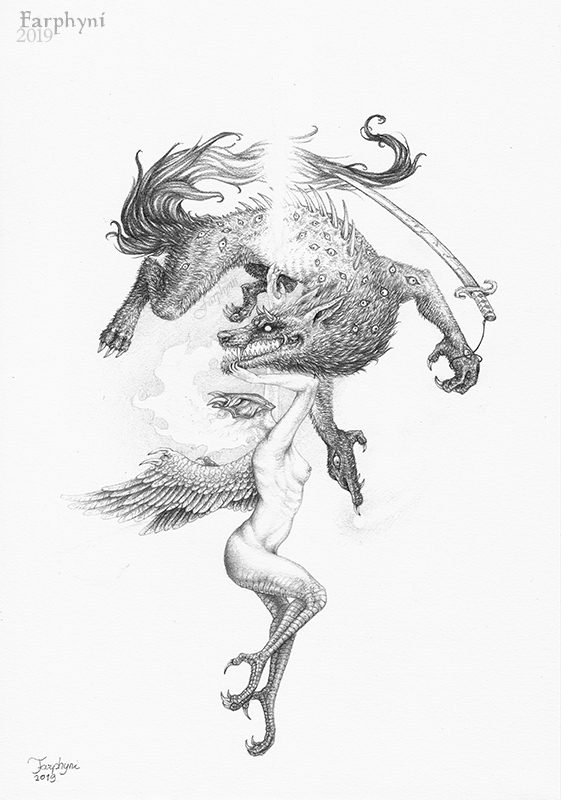 (pencil drawing on A4 paper)

“Everyone carries a shadow, and the less it is embodied in the individual’s conscious life, the blacker and denser it is. If an inferiority is conscious, one always has a chance to correct it.”
(C. G. Jung)

The shadows are hidden, suppressed and possibly disadvantageous aspects of the personality, but they are not the opposite of the conscious ego. The shadow also has good qualities – normal instincts and creative impulses (which are, however, suppressed). The I and shadow are actually, although separate, connected – like thinking and feeling are connected.
You can draw strength from the shadow by assimilating the shadow.
The shadow often contains values ​​that the consciousness lacks, but in a form in which they cannot easily be incorporated into the conscious area of ​​life. Sometimes a dream figure turns out to be a positive shadow that only became negative because the dreamer’s wrong attitude of consciousness irritated it.
The shadow is not always an internal enemy, but often a being with whom one has to deal with concession, defense or love, depending on the situation. The shadow only becomes hostile if you treat it without understanding or try to ignore it.
Therefore the shadow has two aspects: a dangerous one and a valuable one.