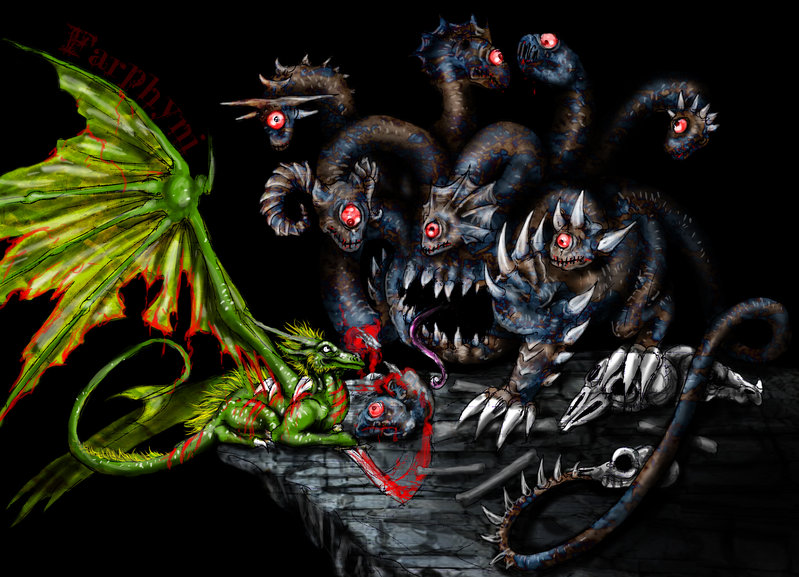 The Hydra is meant to represent our moden society. As you may see, the mouth of each head is sewn up. But the Hydra has a large mouth on its chest. This means that there are no individuals, no-one thinks on his/her own. They believe what media/… tells them and don’t question anything.
Some try to break out of this system (one of the heads is trying to open its mouth), but those are seen as “weirdos” or “freaks” and society doesn’t accept them or tries to convince them that their system is absolutly fine (two other heads are staring at the head that tries to open its mouth).
All eyes of the Hydra are red, swollen. That means they can’t see the truth anymore. Or they don’t want to.
The green dragon represents those who broke out of the system and are against it. The dragon chopped of one of the Hydras heads. Well. I guess you know Hydras: their heads grow back. There are thousands and millions of people who agree with our current system and don’t question it. It seems to be impossible to win against them, as those who are against this system are clearly outnumbered. But hey, at least some try to stop the system.